What do you mean by Phylogeography?

Phylogeography is the study of how organisms live in their natural environments and how these ecological factors affect their behavior. This is a complex, multi-disciplinary study that is based on field and molecular techniques. It has changed the way we think about population biology, biogeography, ecology, genetics, and biodiversity conservation.

Phylogeography is a field and molecular study 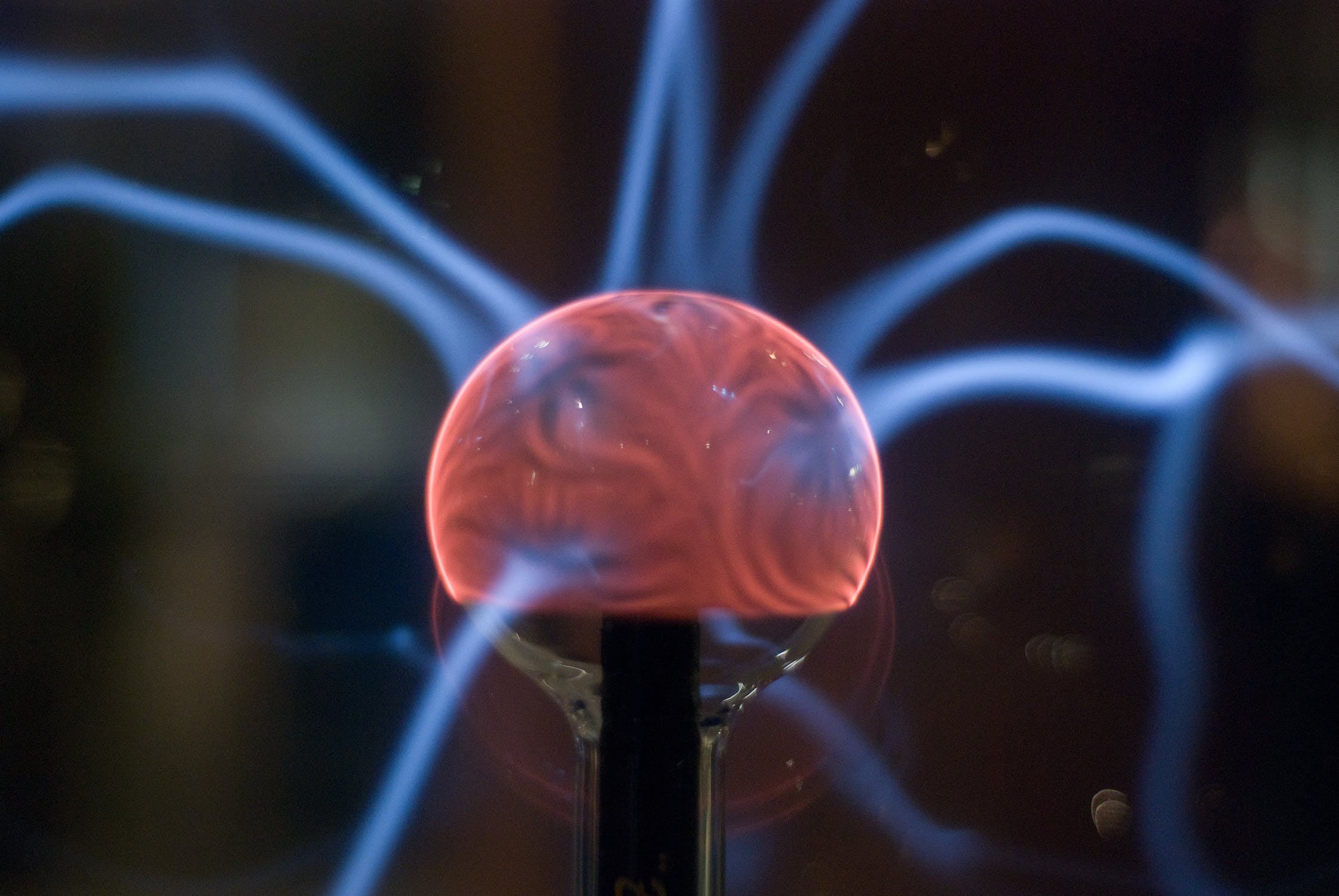 Phylogeography is an approach to studying the geographical distribution of genealogical lineages. It can be carried out both within and among species. Using a variety of DNA sequences and methods, the phylogeographic history of species can be deduced. This can be used to infer evolution and to understand shared biogeographic histories.

Phylogeography can also be applied to community ecology. However, this is not a widespread use. Rather, most phylogeographic analyses have focused on individual species and genetic data.

A key goal of phylogeography is to infer ancestral geographical ranges of genealogical lineages. In order to do this, genealogical data must be collected from multiple nuclear loci. Whole genome sequences are available for many organisms. These sequences allow for the identification of the sequences, the development of markers, and the construction of population histories.

The phylogeographic history of species is derived from a wide variety of analyses, including distance methods and nested clade analysis. These are used to construct a phylogeny and to detect mismatch distribution.

Many phylogeographies have shown a pattern of three main clades associated with three major regions of tropical Africa. In these regions, a range of different colonizations is evident. Some species have shallow clades, while others have parapatric clades. Moreover, some species show both an old and a recent divergence in their mountainous ranges.

Mountain ranges in warm temperate regions of Africa and South America retain old and young diversity. Because of this, they are considered to be biodiversity hotspots.

Phylogeography is a process of phylogenetic relatedness

Phylogeography is an interdisciplinary field that aims to understand the geographic ordination of genealogical lineages. It is normally used for studies of intraspecific genetic lineages, but also has been applied to enhance our understanding of landscape genetics and biogeography. In particular, phylogeography is a useful method for studying the geographic ordination of genotypes within native ranges.

The phylogeography of species is affected by the history of climatic change and the habitats that occupy these regions. Major climatic oscillations have caused extensive extinctions and changes in the distribution of species. These events are thought to have had a stochastic effect on genetic variation.

Phylogeography of small mammals shows that divergences between clades occur between five to ten glacial cycles. The extent of these diversifications suggests that the clades may be separated by up to a Myr.

Recent studies have shown that the clades of some species are parapatric near major geographical features. This implies that range changes may be similar over the last few ice ages. Several species show phylogeographic patterns in their lowland forest.

Phylogeography of plants is also a subject of interest, as many terrestrial species have a high genetic substructure. Some species exhibit shallow clades, while others have star-like networks.

Phylogeography can infer the posterior probabilities for the geographical location

Phylogeography is the study of the origins and evolution of populations. By examining patterns of genetic variation, it is possible to reconstruct ancestral geographical ranges. Phylogeography may also be used to understand the origins of pathogens. Plant pathogens are a complex group of organisms that spread across landscapes through multiple pathways. A phylogeographic analysis can help to explain the evolutionary history of a pathogen species and can help to stop the spread of the disease.

Phylogeography can be performed within a species or among species. A popular method is nested clade analysis. This involves sampling several genes for a focal species. Alternatively, gene trees reconstructed from sequenced individuals can be analyzed. However, the interpretation of gene trees can be difficult.

The premise of much phylogeographic work is that branches on a tree can be interpreted as evidence of historical demographic events. For example, a monophyletic clade could indicate a migration between geographical regions. In such a case, the genetic loci of a tree need not be located at the geographical locations where they originated.

Phylogeography uses a variety of statistical methods to infer historical processes and to reconstruct the ancestral geographical ranges. Various models are used to infer the posterior probabilities of a variety of parameters, including migration rates.

Typical demographic parameters inferred in phylogeographic models include the effective population size and the migration rate. Typically, these are estimated jointly.

Phylogeography is a difficult approach to study community ecology

Phylogeography is a study that examines the historical structure of genetic variation in natural populations. It is usually used to investigate intraspecific genetic lineages, but is increasingly adopted by researchers to address questions of community ecology.

Phylogeography is an integrative field that integrates molecular and morphological methods. Using these techniques, scientists can explore complex evolutionary processes and vicariant events. The use of phylogeography in community ecology can help clarify difficult taxonomic relationships, thereby offering a more complete picture of a given community.

One of the central goals of phylogeography is to infer ancestral geographical ranges of organisms. This can be accomplished through careful sampling. Ideally, a sufficient number of species is sampled so that geographic coverage can be obtained. However, this is not always possible.

A more recent approach involves the use of DNA sequencing. The ability to sequence the genetic information of many organisms has accelerated the rate of progress in genomic research. In particular, cytochrome b has proven to be a useful tool in describing phylogeographic patterns in a variety of taxa.

Molecular methods can also be used to quantify the structural components of a community. For example, the mtDNA COI gene region has been used to determine the membership of a community and estimate the depth of phylogeographic relationships.

Various comparative phylogeographic tools can also be used to analyze the relationship between micro- and macro-evolutionary processes. For instance, comparisons between the spatial distribution of two species affected by common climatic fluctuations can shed light on their historical and phenotypic evolution.

Phylogeography is a branch of biogeography which studies the relationships among genotypes within closely related species. It uses specific analytical techniques to identify patterns of genetic differentiation, population structure, and evolutionary history of a wide variety of taxa.

The phylogeographical pattern of a species is likely to reflect its ancient colonization process. It may also indicate that a species is undergoing active speciation. These processes may take place across hundreds of thousands of years. A species’ geographic distribution can also be influenced by habitat selection, hybridization, and locomotive capacity.

Phylogeography is a rapidly evolving field. It can provide valuable insights into biodiversity and ecosystems. However, its use for studying biological invasions requires caution. In particular, if a species is artificially dispersed, its phylogeographic status may not be appropriate.

Species phylogeography is affected by several factors, such as climate change, habitat selection, and historical factors. Phylogeography can be used to infer the ecological, geological, and climatological consequences of a species’ behavior.

In the past two decades, fine-tuned molecular techniques have provided genetic data for a large number of species. These methods have helped scientists understand evolutionary processes and the distribution of species across the world.

Phylogeography is a discipline that tries to explain how genealogical lineages have evolved and moved in relation to their geographic distribution. Using this information, scientists can infer the evolutionary origins of a species. It is also used to study the geographic ordination of genotypes within native and introduced ranges. Phylogeography is a branch of biogeography, genetics, and ecology.

Species diversity is an important tool to measure biodiversity across the world. This is particularly important for the conservation of natural resources. However, it can also be misleading if a species’ range is artificially dispersed. Hence, it is important to consider all potential limitations when using phylogeography.

Multispecies phylogeography is the study of patterns of colonization between major regions. Typically, these studies are focused on the Quaternary period. Comparative phylogeography is a more recent approach that can be used to compare species that are affected by common climatic fluctuations.

Phylogeography is a rapidly evolving field. It is now a fundamental scientific branch. As a result, new techniques are being developed, and more data are being acquired. Some of these techniques include whole genome sequences. Whole genomes enable identification and development of markers, and they allow for deeper phylogenetic histories. In addition, they provide more information on subspecific diversity.

Phylogeography is the study of how organisms live in their natural environments and how these ecological factors affect their behavior. This is a complex, multi-disciplinary study that is based on field and molecular techniques. It has changed the way we think about population biology, biogeography, ecology, genetics, and biodiversity conservation. Phylogeography is a field and…